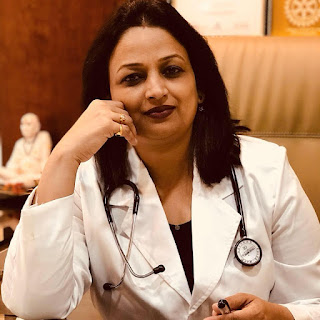 Nervous system
1.    Myasthania gravis
The role of the muscles and the nerves is complementary. A continuous cycle of signals from the muscles to the brain and back from the brain to the muscles which then act upon it, is carried out in our bodies. Myasthenia gravis is a serious ailment of the neuromuscular system. In this, the muscles slowly lose flexibility and turn limp. The voluntary muscles of the body can no longer be controlled by us.
Reasons-An autoimmune cell turns hostile to the chemicals at theneuromuscular junction. These ailments are called autoimmune disorders which means the immune cells of the body pit against the good cells and destroy them. The thymus gland is located at the joint in the center of the ribs. When this gland grows abnormally, it can result in the development of such auto immune cells which causes Myasthenia.
www.drsonalisarnobat.com
dr sonali sarnobat
Symptoms- This disease is prevalent in patients between the age of 15 to 50, in both men and women. However, it is observed more in women than men. At first, the severity of the symptoms is less. Muscular weakness is seen due to mental stress, over exertion, infectious diseases and during pregnancy. The main symptom is the extreme weakness in the muscles.  At first, one can experience some amount of vigor which gradually diminishes. After a day’s work, all muscles weaken completely. Early symptoms are visible in the eyelids and the wrinkles on the forehead. One cannot even open the eyelids nor can  the forehead be creased. Movement of the jaws, chewing food, swallowing, speaking, all becomes difficult and takes more time than what normally would. The muscles in the limbs fall limp. The shoulder muscles fail early. Even simple tasks like putting the clothes to hang or braiding the hair becomes cumbersome. Many times, even the respiratory muscles turn weak as the illness progresses. Since the muscles in the throat are weak, even reFlux cough can lead to choking and death. The limbs turn thin due to weakening of the muscles, cheeks look deflated. However, in spite of all this, the brain functions just normally.
Treatment -Among the allopathic medicines are pyridostigmine, propathlene or even steroids at times. When the illness turns severe, one may have to undergo plasma exchange wherein the antibodies are removed.
www.thebachflower.com

Homeopathy- Course of treatment  is decided after thorough analysis of the symptoms, severity, allied symptoms, etc. Causticum, plumbum met, Aurum met, siphilinum are some of the medicines which can be used for individual treatment. Most important is the early awareness in the patient and early diagnosis by the doctor. Only then can it be treated effectively.
@drsonalisarnobat.
Posted by Unknown at 23:32