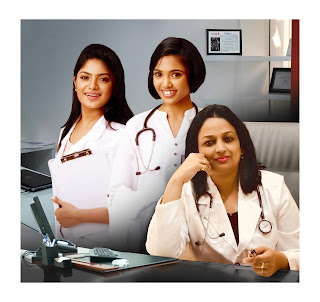 1.    Fear Complex
Fear or fright is considered one of the most primal of feelings in humans. It has  numerous manifestations. From children to the elderly, almost everybody experiences fear. Some scholars even suggest that the concept of God may find its origins in such fear. Atheists, or those who believe in God usually fall ill less often for they place all their problems and burdens at the altar of God and remain calm. On the other hand, the modernists carry the burdens of self-importance on their shoulders. This article focuses on the fear that is experienced by children.
Fear Complex: Fear of one particular object or person creates a complex in children. The feeling of insecurity, loneliness, lack of emotional support, family discord, mental disorders, untimely death of parent/s or even lack of proper upbringing may result in specific complexes being formed in children.
Symptoms: Fear of the dark, fear of the ghost, of crossing the road, fear of unknown people, sex-related fear are some of the forms of fear.
Children tremble with fear, lose appetite, diarrhea and vomiting, giddiness, losing speech, stammering, crying without any reason or plain craziness are some of the symptoms.
Shreya was a 10 year old girl who faced stage fright. However, she was good at elocution but went speechless on stage. She faced problems during competitions when she went on stage. Normally she would speak eloquently. Flower therapy and Homoeopathy helped this girl overcome her stage fright.
14 year old Shubhankar aced in studies but there was some discord in his family. Perhaps this was why he was terrified of exams. He suffered from vomiting and diarrhea when he had to go write an exam. This negated his efforts of a whole year. There was the tenth standard board exam just two years away. He benefited from a specific Homoeopathic medicine which was coupled with counseling.
Sulekha reached menarche at the age of 12 and for reasons unknown, she took a fear towards men and boys. She even perspired at the sight of men or boys on road. She imagined that everyone out there was commenting on her and that she was insecure there. Forget going to school, she even started dreading to venture out of home. However, she behaved normally with her brother and father at home. Such riddles can be solved with Homoeopathy alone. Her parents faced immense stress, but now she is normal, married and with a great job.
We may not realize the seriousness of these examples of fear, but the person suffering from it is in distress. It is important to not only counsel the patient but also his family members.
Treatment - It is crucial to provide a good upbringing to children in order to raise them into confident and fearless individuals. Toddlers are also threatened and fed. Instead of this, cajole them into eating by taking their own time. There ought to be some spiritual bend of mind since childhood. Parents must behave properly for kids learn through imitation. Proper upbringing, ethical behavior, spirituality, studies, adequate play and exercise develops a child into a fine human being. It is not enough to just be good, one must also be street smart. For everything else, there is Homoeopathy and flower therapy, but don’t forget to consult a trained doctor before that.
copyright@drsonalisarnobat.
www.thebachflower.com

www.drsonalisarnobat.com
Posted by Unknown at 22:22